Based in a small Vermont town, Reef to Rainforest Media publishes world–class books, periodicals, and digital content for aquarists, marine biologists, and tropical adventurers. The company publishes CORAL, The Reef & Marine Aquarium Magazine, the leading periodical in its subject category with worldwide readership.

Founded by James M. Lawrence, the Company publishes the work of many of the leading marine biologists, environmental reporters, and expert aquarists from the United States, Europe, and elsewhere. Lawrence, himself an award–winning writer and publisher, has a long history of supporting the exploration of environmental issues with Reef to Rainforest's writers and contributors.

Everything offered by Reef to Rainforest Media is covered by our famous no quibble, money–back guarantee. If you are ever dissatisfied for any reason, please let us know and we will make it right or issue a prompt and friendly full refund.

And did you know what is considered to be the oldest reef in the world is located in Vermont?

The southern third of Isle La Motte in northern Vermont contains remnants of the Chazy Reef, which, at 480 million years old, is considered the oldest reef in the world, believed to be where the earliest–known corals first appeared. It was formed in a tropical sea straddling the equator, and it once stretched 1,000 miles. 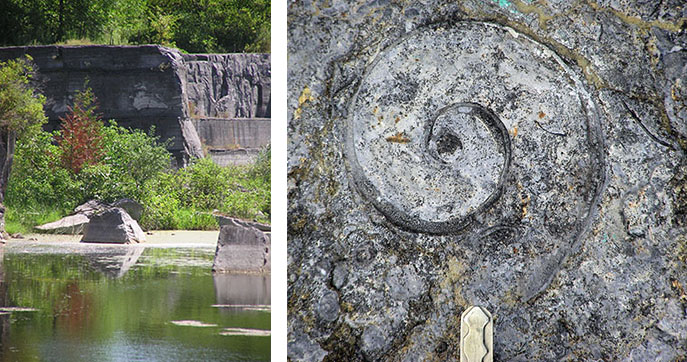