Battle of the Bulge 70th Anniversary

The Most Serious Reverse
Taking the brunt of Hitler’s surprise counteroffensive at the Battle of the Bulge, the inexperienced 106th Infantry Division was torn to shreds. By Flint Whitlock

Furious Delaying Action at Hosingen
A stand by elements of the U.S. 28th Infantry Division upset the German time table and prevented the capture of Bastogne during the Battle of the Bulge. By Leo Barron

Heroic Defense at St. Vith
Troops of the U.S. 9th Armored Division contested the German advance during the Battle of the Bulge and won precious time in the process. By Charles Gutierrez

Malmédy & the Bulge
The Belgian village near the site of an infamous massacre was successfully defended against German attacks during the great battle. By Major General Michael Reynolds

Lovely Weather for Killing Germans
General George S. Patton Jr.’s Third Army accomplished a fantastic feat of arms with the relief of Bastogne during the Battle of the Bulge. By Roy Morris Jr.

SS Elite Battle for Bastogne
The 1st Panzer Division Liebstandarte, Hitler’s bodyguard, fought for the key Belgian town in the waning days of the Battle of the Bulge.  By Major General Michael Reynolds

The End of the Bulge
The German salient in the Ardennes was eliminated when two American armies reestablished contact near Houffalize after 30 days of bitter winter combat. By Arnold Blumberg

Malmédy Massacre
SS troops under Lieutenant Colonel Joachim Peiper committed one of the war’s most publicized atrocities in the Bulge. By Michael D. Hul 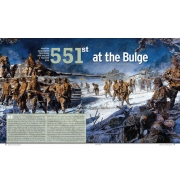 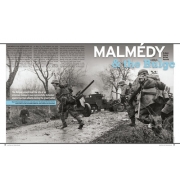 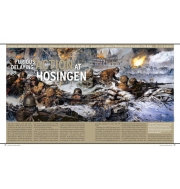